Abilene Tucker feels abandoned. Her father has put her on a train, sending her off to live with an old friend for the summer while he works a railroad job. Armed only with a few possessions and her list of universals, Abilene jumps off the train in Manifest, Kansas, aiming to learn about the boy her father once was.

Having heard stories about Manifest, Abilene is disappointed to find that it’s just a dried-up, worn-out old town. But her disappointment quickly turns to excitement when she discovers a hidden cigar box full of mementos, including some old letters that mention a spy known as the Rattler. These mysterious letters send Abilene and her new friends, Lettie and Ruthanne, on an honest-to-goodness spy hunt, even though they are warned to “Leave Well Enough Alone.”

Abilene throws all caution aside when she heads down the mysterious Path to Perdition to pay a debt to the reclusive Miss Sadie, a diviner who only tells stories from the past. It seems that Manifest’s history is full of colorful and shadowy characters—and long-held secrets. The more Abilene hears, the more determined she is to learn just what role her father played in that history. And as Manifest’s secrets are laid bare one by one, Abilene begins to weave her own story into the fabric of the town.

Powerful in its simplicity and rich in historical detail, Clare Vanderpool’s debut is a gripping story of loss and redemption. 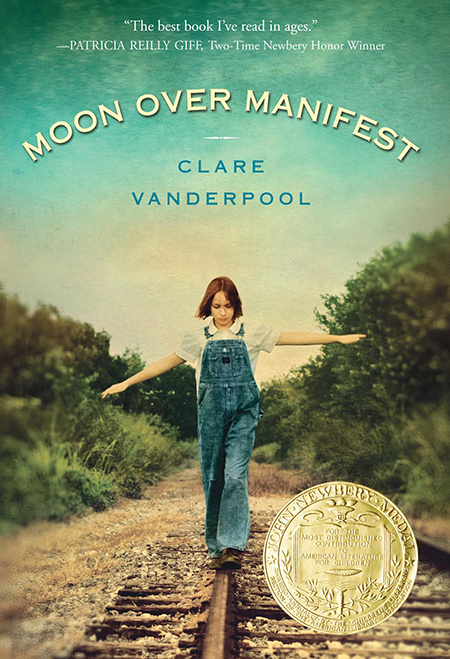 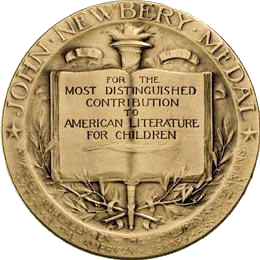 The movement of the train rocked me like a lullaby. I closed my eyes to the dusty countryside and imagined the sign I knew only from stories. The one just outside of town with big blue letters: manifest: a town with a rich past and a bright future.

I thought about my daddy, Gideon Tucker. He does his best talking in stories, but in recent weeks, those had become few and far between. So on the occasion when he’d say to me, “Abilene, did I ever tell you ’bout the time…?” I’d get all quiet and listen real hard. Mostly he’d tell stories about Manifest, the town where he’d lived once upon a time.   His words drew pictures of brightly painted storefronts and bustling townsfolk. Hearing Gideon tell about it was like sucking on butterscotch. Smooth and sweet. And when he’d go back to not saying much, I’d try recalling what it tasted like. Maybe that was how I found comfort just then, even with him being so far away. By remembering the flavor of his words. But mostly, I could taste the sadness in his voice when he told me I couldn’t stay with him for the summer while he worked a railroad job back in Iowa. Something had changed in him. It started the day I got a cut on my knee. It got bad and I got real sick with infection. The doctors said I was lucky to come out of it. But it was like Gideon had gotten a wound in him too. Only he didn’t come out of it. Andit was painful enough to make him send me away.   I reached into my satchel for the flour sack that held my few special things. A blue dress, two shiny dimes I’d earned collecting pop bottles, a letter from Gideon telling folks that I would be received by Pastor Howard at the Manifest depot, and my most special something, kept in a box lined with an old 1917 Manifest Herald newspaper: my daddy’s compass.

In a gold case, it wore like a pocket watch, but inside was a compass showing every direction. Only problem was, a working compass always points north. This one, the arrow dangled and jiggled every which way. It wasn’t even that old. It had the compass maker’s name and the date it was made on the inside. St. Dizier, October 8, 1918. Gideon had always planned to get it fixed, but when I was leaving, he said he didn’t need it anyway, what with train tracks to guide him. Still, I liked imagining that the chain of that broken compass was long enough to stretch all the way back into his pocket, with him at one end and me at the other.

Smoothing out the yellowed newspaper for the thousandth time, I scanned the page, hoping to find some bit of news about or insight into my daddy. But there was only the same old “Hogs and Cattle” report on one side and a “Hattie Mae’s News Auxiliary: Charter Edition” on the other, plus a couple of advertisements for Liberty Bonds and Billy Bump’s Hair Tonic. I didn’t know anything about Hattie Mae Harper, except what she wrote in her article, but I figured her newspaper column had protected Gideon’s compass for some time, and for that I felt a sense of gratitude. I carefully placed the newspaper back in the box and stored the box in the satchel, but held on to the compass. I guess I just needed to hold on to something.

The conductor came into the car. “Manifest, next stop.”

The seven-forty-five evening train was going to be right on time. Conductors only gave a few minutes’ notice, so I had to hurry. I shoved the compass into a side pocket of the satchel, then made my way to the back of the last car. Being a paying customer this time, with a full-fledged ticket, I didn’t have to jump off, and I knew that the preacher would be waiting for me. But as anyone worth his salt knows, it’s best to get a look at a place before it gets a look at you. I’d worn my overalls just for the occasion. Besides, it wouldn’t be dark for another hour, so I’d have time to find my way around.

At the last car, I waited, listening the way I’d been taught – wait till the clack of the train wheels slows to the rhythm of your heartbeat. The trouble is my heart speeds up when I’m looking at the ground rushing by. Finally, I saw a grassy spot and jumped. The ground came quick and hard, but I landed and rolled as the train lumbered on without a thank-you or goodbye.

P.S. Hey, buddy, can you do me a favor? I’d do it myself but I’m not there and I want it done in words, out loud. Tell Pop I love him.
— Ned GillenMoon Over Manifest

For all the who’s, whats, whys, when, and wheres, look at the backside of “Hogs and Cattle” every Sunday.
— Hattie Mae HarperMoon Over Manifest

It may be wrong to make whiskey, but there’s a right way to do it.
– Shady HowardMoon Over Manifest

If there is such a thing as a universal–and I wasn’t ready to throw all of mine out the window–it’s that there is power in a story. And if someone pays you such a kindness as to make up a tale so you’ll enjoy a gingersnap, you go along with that story and enjoy every last bite.
– Abilene TuckerMoon Over Manifest

Arthur Devlin, you and my husband may have been in the same grade, but you were never in the same class.
— Eudora LarkinMoon Over Manifest

Arthur Devlin, you and my husband may have been in the same grade, but you were never in the same class.
— Eudora LarkinMoon Over Manifest

Telling a story ain’t hard. All you need is a beginning, middle, and end.
— LettieMoon Over Manifest

The movement of the train rocked me like a lullaby.
— Abilene TuckerMoon Over Manifest